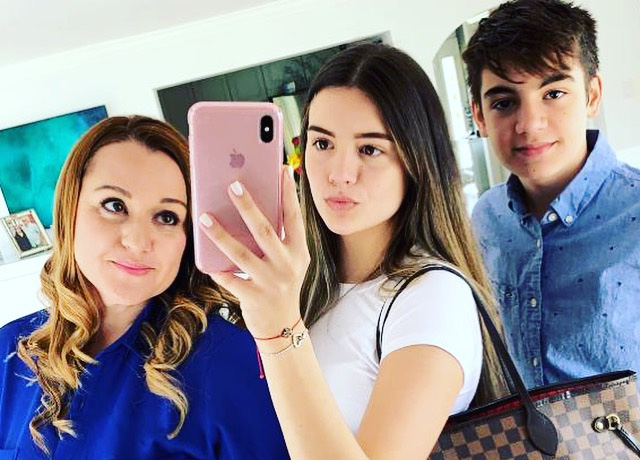 Hi! What an interesting week I just had!
So….. two blow outs, two teens, one week. Holy shit! Children of parents who have divorced,

more often than not, manipulate their way into and out of situations.

Children manipulate their environment since they are born according to research. They learn who are “the enablers”, and who are the disciplinarians. They learn that when they cry, or scream, or answer back, there are reactions on your part and play you. If you are divorced, chances are you feel a bit sorry for your kids and what they have gone through, and allow more than you used to. You self-blame. You need to realize, that a dysfunctional relationship wasn’t or isn’t (if you are still in the process) going to serve them in the long run, and you did it (or are doing it) because it was the right thing to do. That relationship wasn’t going anywhere.If not, you wouldn’t have made the decision you made. Therefore, regardless of a break up or separation, you have to discipline the kids when you need to “teach a lesson.”
Now back to “them.”
Yesss they test our limits!
Last week it was Lucia answering back (my 18 year old) and today it was Lucas (my 14 year old). Your limits and my limits might be completely different, but one thing is for sure…once you say you are going to do something, you better do it. I told my son that when I go pick him up to school, I expect him to come outside when he knows I’m there (since we talk previous to that) and that if something comes up, to call me. The last two times I have gone to pick him up, he has kept me waiting for 30 min in the car. I told him last time he did that, that next time, he would come home walking. Especially when he doesn’t answer the phone to tell me why the delay.

The constant debate between disciplining your kids or ignoring it, is a daily struggle.

Of course, as a mom, I started thinking of the worse; omg kidnapping, bullies, aliens, I’m going to lose him, war, and any other reason to run to his side and protect him… but guess what…there are  battles you fight and battles you don’t. I had to teach him how to follow rules. If I can’t have him respect me at 14, what do you think will happen at 19? I gave him two choices when I saw he was taking forever, and answered the phone after five calls….

“You either give me your phone when you get in the car as a consecuence until tomorrow, or you walk home.”
He said “I’m walking home and packing my bags to go live with daddy.” Fucking great! Now he tries to hurt me with those words which are the ultimate form of control over a single parent. So I was proud of myself because I actually went home and before I left said “ok, that is your choice.”, and I let him walk and didn’t answer the phone (11 calls or text messages). School is not too far and he made it home fairly quickly (I was parked far but could still see him) but I can tell he was pissed because he did not see me.

We are now both home, and I don’t see him packing his bags and I doubt he will. He knows I discipline him out of love.
Let’s say he did though. Let’s say he decided he was leaving my side…It would kill me but so be it!
You know why? Because all you can do is give your best and you do the best you know how.BUT…no one will ever walk all over you again.

Not your ex, not your current, not your family, not yourself.
As I sit here finishing this blog I can hear him singing! What?!??
Teens are nuts, yes, but the truth is that I know I’ve created a “new home” and there are rules of respect and love. He just told me he wants to talk.

Clearly, he is staying “Home”